Anyone have any idea how someone with ADHD dopamine levels are?

LookismUser said:
I have IQ in 140’s. The answer is a definite yes.

Studies show the higher your IQ, the higher risks for mental illness, anxiety, and severe depression. Because you can objectively see yourself. Like the saying goes, “you require an immense amount of knowledge just to be able to see your own depth of ignorance.” This is probably going to be a long and involved answer, so please stick with me.

Your ego is a mask, a story that you tell yourself. But those with high IQ are more easily able to see through the mask, and without some sort of spirituality, there’s nothing underneath. When you see your ego is false, it’s like a mirror looking into a mirror. But the up side is that you can see how your subconscious is programmed and take control of the 95% subconscious actions that we all have.

But because you see right through your ego…you also see straight through everyone else’s! If you’re not careful to agree with the subconscious lies everyone tells themselves, you WILL DEEPLY offend everyone. No one wants to hear that their problems today are the result of their actions and words yesterday, even if it’s as clear as day. They just want to be told they’re unlucky and have no control. You must realize what others want to believe is their life, and it’s not up to you to tell them the truth if they don’t want to see it.

If your IQ is too high for those surrounding you, you WILL be seen as insane, and highly ignorant. Because others don’t understand you, they assume you must be insane. They assume since you tell them stuff against their beliefs that you’re the one who’s ignorant. And they WILL HATE THE HELL OUT OF YOU! Intelligence must be hidden as much as possible for the sanity of the person who holds it. If you’re not careful, you’ll start to believe that you may just be insane and that will lead to many self destructive behaviors and thoughts. You must act dumb in many situations. (Anyone intelligent will see that I am putting a lot of emphasis on this, and usually our actions are the result of strong emotions, therefore I must have been extremely hurt recently or traumatized in the past by this lesson)

You rarely conform to social norms because they’re just stupid and a waste of time. This gets back into the ego I talked about. Almost 95% of our actions every single day are subconscious and random, depend on how society programmed our subconscious to respond to stimuli, and our ego justifies them after we do them in an effort to maintain consistent story. “I must have done that because I felt..” because few understand this, they think their programmed responses are free will, that they’re making the choice, even though science shows they react before they even have a mental thought. The thought and justification come after, sometimes by several seconds. The justification depends on what they’ve been programmed to believe to conform with their personal narrative. Society is brainwashed into thinking they need all these things to be happy, must be and act certain ways, even if they’re self-destructive. So the higher the IQ, the less you’re usually accepted by society.

The benefits are an insane ability to learn and master anything and pattern recognition. Pattern recognition is our superpower, and it leads us to see that much of society are not conscious. They don’t see that their lives are a reflection of their daily habits. Like going to the gym. They think becoming wealthy is luck, and has nothing to do with their daily learning and work. That’s like thinking someone going to the gym for two years just happened to luck out when they lost 50lbs on the way….They cannot see the correlation between using their turn signals and risks of accidents, or that how they react to others actually affects their lives. They live largely asleep. But when you see those patterns, that the entire universe revolves around magnificent and brilliant patterns, even human psychology, you generally have an extremely easy time manipulating those patterns to gain what you want or to help others. Wealth is easy.
Click to expand...

"Although often described as a "feel-good" chemical, dopamine doesn't work by triggering feelings of pleasure and happiness in the brain's reward center, Michael Treadway, a clinical psychologist and neuroscientist at Emory University, told Live Science.

"This is still hotly debated … but I think most dopamine researchers today would agree that dopamine is not about pleasure," Treadway said. Instead, dopamine may be more about motivation, the willingness to expend effort to reach goals and gain rewards, he said. But that said, the chemical serves many functions in the brain.""

any way to improve it? or is it just jeans as usual?

no shit, high iq with low dopamin is worthless, proven by countless examples such as this 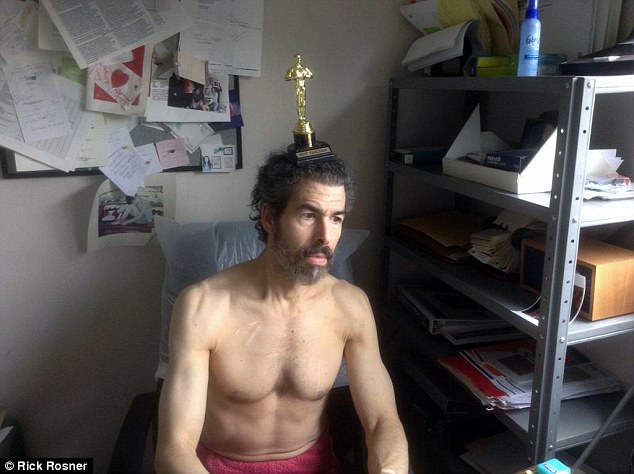 anomalous said:
Research notes that individuals with high levels of dopamine worked harder to achieve a bigger goal and experience a larger reward, while those with low levels of dopamine took the easy route to get the smaller reward.
Click to expand...

difference between a guy who gets surgery and a rotter explained

My name is Louis.

Some kids push themselves to the limit in social interactions, sports etc. I did the same, but at school when I was making calculations, giving presentations, etc. Always trying to be the best, pushing myself to the limit, going beyond the assignment. This is what got me the high IQ in the first place.

And that's exactly what got me fucked up, since kids hate smart kids. And being smart doesn't make you attractive, therefore getting you a negative halo and fucking up your social status.
Click to expand...

u were siMply a nerd

Demislayer said:
u were siMply a nerd
Click to expand...

problem is when i stop and start suddenly eating sweets and plaing games or doing other pleasures.
then i lose alproductivity

you know what raises the number of dopamin receptors in your brain? injecting testosterone

What role does testosterone play in risk taking behaviour?

Yes, also strenghten dopamine pathways or whatever the fuck.

Just inject and ull all realise what im talking about, "testosterone-high".

Just inject and ull all realise what im talking about, "testosterone-high".
Click to expand...

dopamine (high dose zoloft) subtly made me hypomanic and a cocky asshole, legit started messaging girls and set up dates, more angry yet motivated, etc. but my parents got scared cause they saw me as a completely different person in a bad way even though I thought I was normal.

now they got my shit away from me, and I feel the same with a lot of anxiety. I'm gonna talk to the therapist.

how would you deal with this if u were in my shoes? help me out realroberto

Deal with it? make sure to get ya hands on that zoloft again
You must log in or register to reply here.
Top