Lexi (not her real name) and I have been together all of our lives, literally. Our Mothers are best friends and were sorority sisters. She and I are actually only 4 months apart in age, I just turned 18 and she will in October. We have been friends since we were kids and we became romantically involved with one another at 14. We have been with each other almost every day since. We are very young so obviously we both know that marriage wasn't on the immediate horizon but we have talked and planned and dreamed about it for years.
Click to expand...

Got his commitment early, nice job. Now she doesn't really have to think about him in the foreground of her actions. Whether this is subconscious or not, it's hard to tell. She appears to regret what's happened - there are tears from her when she's around the guy and when she was alone, away from him.

Both of our family's attend the same church and through that we both decided that we would wait at least until we were out of our parents homes to actually go all of the way. Believe me it wasn't always my idea and there was more than one time I asked to break that but she is the one who held firm. God I feel like such a fucking loser just typing that.
Click to expand...

She knows her value in sex. She's denying it to him - but to be fair, he seems like the type of moral person to actually want to wait until marriage. I can't blame him - I was the same way too, an idealist. But, he can smell his own beta-ness. That's a lot further than a lot of us felt before swallowing the pill. Maybe he has hope?

same college to attend this fall
Click to expand...

Most relationships break when they go to different colleges. Turns out this won't be the issue.

I get a text from my cousin which made me start to hyperventilate. She tells me that a guy from the camp had been hitting on my g/f hot and heavy since almost the first moment they arrived. She said my g/f initially gave him the cold shoulder but over the past two days she has not seen my g/f a lot and she has been coming back to their room later and acts like she immediately falls asleep.
Click to expand...

Time goes on and she now gives me a few random meaningless text during the day talking about nonsense like nothing is going on. She does it at time she knows I can't respond (working a summer job) and doesn't respond when I try and text her.
Click to expand...

She doesn't know what to say, she fucked up, her hamster isn't developed enough to give good excuses... yet.

She told me that while she was at camp she had developed a relationship with someone from out of state and that they had been hanging out the first week and a half they were there. Obviously I was upset and showed her the photo on my phone. She went very pale and wanted to know how I got that, then she remembered my cousin was there and she started sobbing asking me how long I knew.
I told her that when she stopped texting me I got concerned but thought she was just busy.
At this point in time I had no idea how far things had gone. I thought she developed a crush and that she liked him or spent time with him and while I didn't want to think about it I thought there might be an off chance she might kiss him.
I was not prepared for what she told me. I asked how far things had gotten and she started crying even harder. I started to panic and asked again.
She then told me between tears that they had gone all the way. But then threw in that it was only once, like I was supposed to be okay with that.
Click to expand...

only once. "I only lost my virginity to Chad only once, why are you so mad?" Top. Fucking. KEK. CUCK!

I wish I could tell you that I did or said something manly here but I just started crying harder than she did.
Click to expand...

Mean are the idealists, women are the realists. You will always love her more than she loves you.

Then she did the one thing that actually made me stop crying. She offered to have sex with me.
Click to expand...

Again, the only thing of value from women is pussy. On a subconscious level, she knows it. This is her final, desparate attempt to win him back. Dude is solid, he rejects her. I would've smashed first and booted her out, but we're all different people with different capacities for cruelty.

I simply told her that she obviously did not understand that we were done, she killed us and I had no desire to be with her in any capacity. That I waited for her and she stabbed me in the back the first moment she got a chance.
Click to expand...

He lost his frame when he cried. Now he's taking some of it back.

Then I asked why him and not me, why was I punished all of those nights and this guy in less than a weeks time was able to get to where I was not able to go for all of these years.
Click to expand...

The emotions and tingles are always > everything else. Always.

She has shattered whatever self esteem I had. The kick to this is I learned tonight from my cousin that this guy was with another girl by the end of the camp. So in other words he got what he wanted and left her.
Click to expand...

Be the other guy.

Is it wrong that I actually hate her right now. I mean viscerally hate her. I feel like she just robbed me of my entire high school life.
Click to expand...

Ahh, glorious. The anger phase. Someone send this man an invitation!
The majority of the comments are proto-red pill ideas. Go no contact. Dump her ass. Block her on everything. Yet, they still give blue pill rationale.
Comment 1:

I'm guessing this guy that she had sex with was one of those player assholes. Probably doesn't give a damn about her. He's never going to see her again now that leadership camp is over. He hit on her relentlessly and nudged her and nudged her until he wore her down. Which is why he got to fuck her instead of you getting to make love with her. You respected her wishes to wait for the right time to have sex. This guy didn't give a shit about her, her relationship with you, her desire for a meaningful first time, or anything. This guy is a total scumbag. A user. He used her and didn't give a damn what damage he did.
Click to expand...

Sure, blame the single guy instead of the girl who was in a committed relationship. The blue pill is strong in this one.
Comment 2:

OP I'm sorry your girlfriend cheated, but I also want to say be careful about the way you view some things

Then I asked why him and not me, why was I punished all of those nights and this guy in less than a weeks time was able to get to where I was not able to go for all of these years.
Click to expand...

I understand its frustrating that your girlfriend slept with someone else, but I don't think its healthy to view your girlfriend not having sex with you in the past as a 'punishment'. I know it may just be anger speaking - but its also good to get out of this line of thinking while you are still young.
Click to expand...

It's not punishment, it's clear that he didn't give her the tingles.
Comment 3 (my favorite):

It's almost worth doing the opposite of what you hear here. I wouldn't even take it as a given that you have to break up with her.
Click to expand...

Mmm.... women should never have to deal with the consequences of their actions. Sounds a bit like privilege to me.
Stealth Red-pill comment:

he was new and different, he didn't have parental approval (which probably made him more interesting than he actually is), and she was away from home the first time. Although she should've never cheated on you, at least she came out and confessed instead of hiding it from you. Many people never get the truth from their cheating SOs.
Click to expand...

away from home the first time. For most girls this is college.
More red-pill:

Seriously, the girl is worried about her reputation and nothing more.
"I'm a virgin and will only sleep with /u/yl23 when the time is right."
Followed by...
"Please don't tell anyone I decided to be a slut and fuck a random stranger to lose my virginity. I'll fuck you, too. Please. It'll be ok."
Click to expand...

Fuck off cuck boy. Go go r/cuckold if you wanna spread it.

YOU CAN'T STOP US ESSE 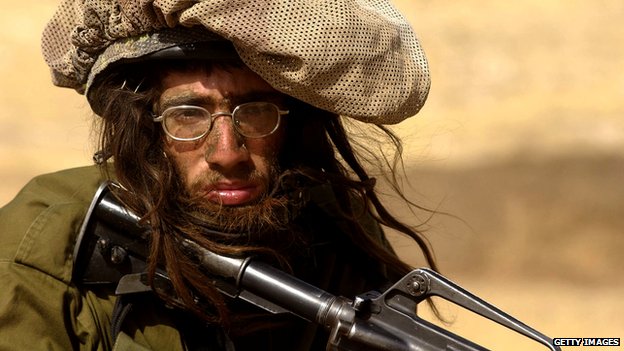