You will never be white

Thomas Cruise said:
Op is wrong. Asian women love their skin, it's a huge part of the reason why Asuan women are considered so much more attractive than whjte women. Ethnik men generally don't go for white women. 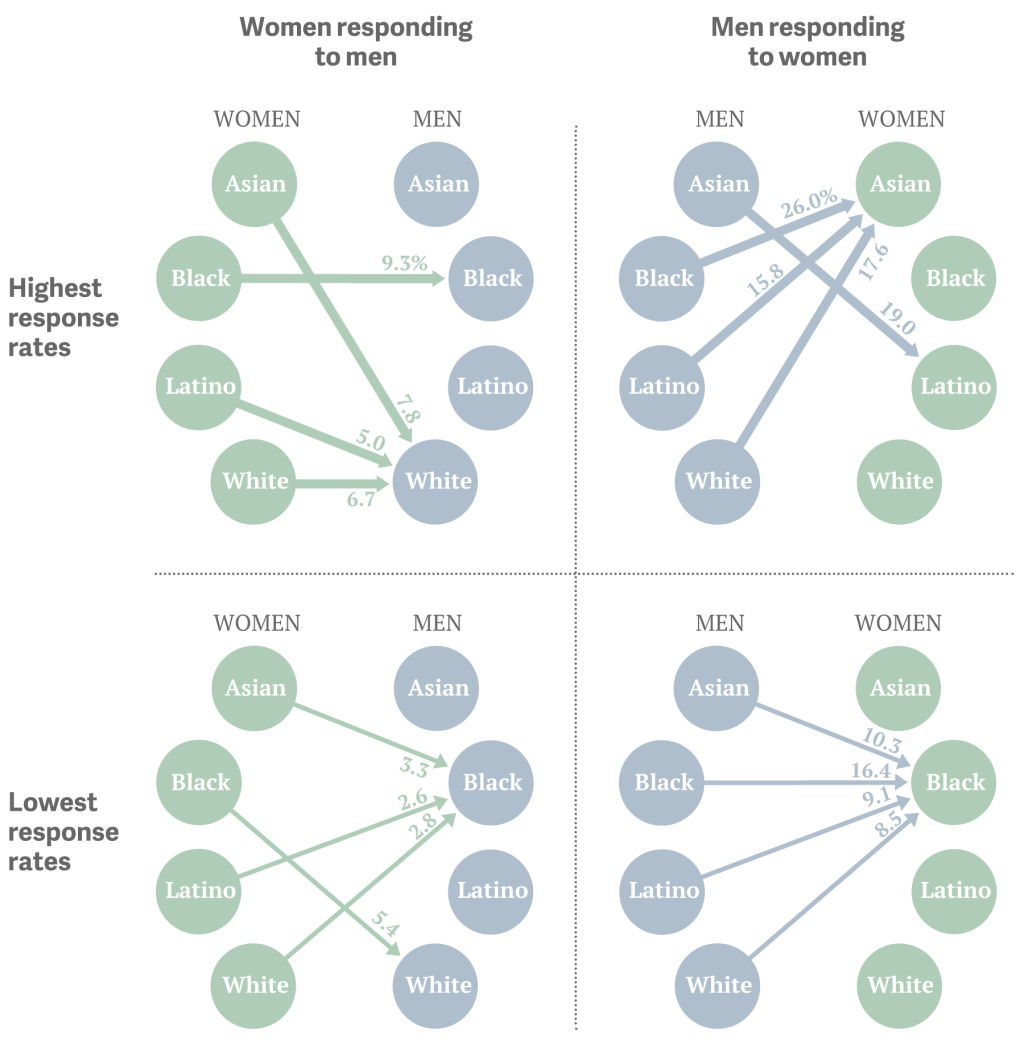 I suspect OP is a white nationalist troll with extreme inferiority feelings and a warped sense of identity.
Click to expand...

This study cannot be taken at face value. There are a lot of variables to be considered.

1. First bias is that this study measures RESPONSE RATES. Only people who initiated the interaction are being judged on whether or not they got a response. The most attractive women rarely initiate conversations on dating apps, their inbox is always full of high quality men messaging first, so they don't have to. This creates a bias in the study. Whereas all men are being judged, not all women are, the most attractive women are being excluded.

To illustrate the point, look at this ranking of attractiveness:

As you can see, if you exclude the most attractive women from the equation, Asian women will be more attractive on average.

2. The second bias is that men and women operate differently on online dating.

Not to mention that all of the other studies that look at race and physical attractiveness concluded that white women and white men are considered the most attractive by everyone. (Except in the case of black women who prefer black men)
T

MogBoy said:
Not to mention that all of the other studies that look at race and physical attractiveness concluded that white women and white men are considered the most attractive by everyone.
Click to expand...

Every study has said that women of color (Asian/Latina) are rated as more attractive than white women, and that this is based on their racial attributes, which are more prototypically female.

White features only work for men, because they are too prototypically male to look good on women.

This is based on ratings of female faces by test subjects, not dating site data. In other words, pure experimental research. You're fucked.