Women have two versions of themselves

What's best is that they think these are 2 different persons  :lol:

Every woman has dissociative identity disorder

The few times I've seen women without makeup has been eye opening. They act like a completely different person. No confidence at all.

Face paint theory is legit. It is quite common for men to paint their face in warfare, crime, and sporting events as the wearing of masks has certain psychological effects, the major one being removal of all social inhibitions.

Name me one slayer that hasn't painted his face It does make you change into another creature.

There should be unnoticable make up for males
R

Lorebin said:
There should be unnoticable make up for males
Click to expand...

...um, you realize you can use the same products women do, yes?
A 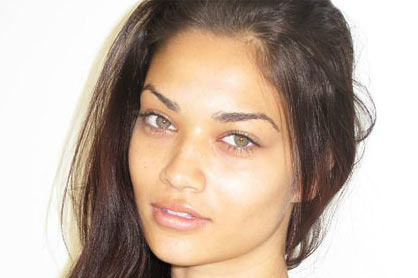 at 14, probably low make up if any. Best school photo I've ever seen most ppl look bad in them or meh even o'pry : mixed girls have the best no make up look

I thought this thread would be about...

brb painting my face for rape

The more makeup a girl wears

The more she cares about looks good I better not see a girl not wearing makeup

HOLY SHIT WHAT A SUBHUMAN ! JSUT FAKE BEING HEALTHY BY MAKEUP LMAO AT HER LIFE

Girls 17-22 (the only girls worth your time) still look good most of the time without makeup. JFL if you can't detect when a girl is halo'd by her makeup skills. I have a very good eye for this IRL

LOTS of time girls are CUTER in the morning hair messy, no makeup, pajamas on than when they plastered on a face full of makeup to go out the night before

IdealMaxilla said:
other than the forehead + acne she is cuter than the average girl without makeup

the redpill here is that almost all women you think are attractive are in the 4-5 range without makeup
Click to expand...

But the scale has already accounted for every girl to at least be wearing their baseline of makeup. So yeah, there are TONS of 6's with makeup which is why guys think they're cute and beyond fuckabe. But most girls can't be above average so of course without the added help of makeup they're gonna fall down to the 4-5 range (average)

So really when people say females are more attractive than males what they mean is they look more aesthetically pleasing on average. Which is true due to the boost of makeup. Take the makeup away and it pretty much evens out.

Makeup has basically made a greater percentage of women appear as eye candy to us than nature intended, and this is a good thing cause when we fuck a 4-5 without makeup (6 with makeup), we're telling ourselves we fucked a 6. And that feels much more validating. It's good for both sides. If girls ran around without any makeup as just their "true self" fucking average girls wouldn't even be validating

What's best is that they think these are 2 different persons  :lol:

Every woman has dissociative identity disorder
Click to expand...