I said I would make this thread before as well as many things but I have been busy. This one does not require much research to link so I will make this now.


First is just some overview on how voice works. For what to actually do just start at the videos and my writing after the videos although the first bit will help a little so you understand what I am saying.

- Articulation & Resonance -
The trick to a good voice for a male is to get a combination of articulation, and resonance. The articulation will often make you sound higher but less monotone while resonance makes your voice deeper and stronger within a loud environment without actually making it louder. Resonance does not necessarily make your voice monotone, but articulate voices are higher so you will often associate deeper voices as monotone, but trust me this won't make a monotone voice worse cause if anything you are better off deep if you are monotone.


- Dual tone -
Here is a test to do, try whistling and humming at the same time. The trick to this is channeling your exhalation through multiple points instead of just one. This here is how we're going to incorporate resonance with articulation.


As most of this forum knows. Nose breathing is life and mouth breathing is death. Optimizing breathing will make it easier to establish this dual tonality in your speech so you can maximize both resonance and articulation. The first video is probably not new to a lot of you but the second video is the one referred to from the first which nobody ever seemed to follow through.

I never did the full stretching routine but I will take moments to partially sit up from my chair to stretch my back over it and breath deeply. Anyone can do this.

Going to the first video you will notice he did some ground bumping thing with his voice. This is not necessary. The trick to finding your right balance to resonate is to first talk all the time with your chest resonating, do this till it is unconsciously automatic and default like you had hopefully made proper oral posture. One this has become normal now practice talking in a way that vibrates your maxilla. This maxilla resonance is going to have a much more drastic voice deepening and resonating effect than all the deep breathing has done for you before.

It is going to be difficult to make this maxilla resonance normal with talking, it is still a conscious effort for me but this is the key to finally incorporating that dual tone effect since you are now powering two resonating chambers that are rather distant from each other. This dual tone is going to be easier to accomplish for people without asthma. Asthma will constrict your air way under stress and you will feel stress trying to resonate both of those chambers. So let me emphasize again that you need to make deep breathing and chest resonance automatic and naturally before you try accomplishing maxilla resonance at the same time. Doing it wrong will silent you down.


As for plain articulation training. Do all those gay voice warm up excercises those theatre people do. I took an acting course as an elective in community college and my speeking voice actually improved a bit afterwords, gave me a long term ability to speak less flat. I also took voice and diction which taught me all about phonetic transcription and consonant sounds which can literally allow you to transcribe an accent and speak it, the class ultimately tries to get you to talk in an accent neutral way that is like many national news anchors that have audiences around the nation who tend to jus listen to them and never say "That person must be from texas, he's from NY, that dude is from Iowa".  Writing all about this would be lengthy and resources exist online.

This will maximize your vocal potential but unfotunately we can't all sound like Brad Pitt. If you are monotone there is a chance you are also autistic. Autist have the highest potential for voice improvement. In the end, we all have a different voice but we can at least get all we can out of it.

MistGeburt3000 said:
There is a surgery for making voice darker, i forgott the name tho
Click to expand...

I think that mostly changes the tone. Does not actually maximize resonance and articulation which is part of it.

OP they say androgens can make your voice deeper. But is this actually true, I've yet to see anything conclusive, it's just theoretical. What is your opinion on this? Wouldn't mind a deeper voice

Joncoping said:
OP they say androgens can make your voice deeper. But is this actually true, I've yet to see anything conclusive, it's just theoretical. What is your opinion on this? Wouldn't mind a deeper voice
Click to expand...

Hard to say. Seems like it only happens at a certain age before they don't effect adult males anymore and only trannies seem to react to it at any age but only to a certain point. 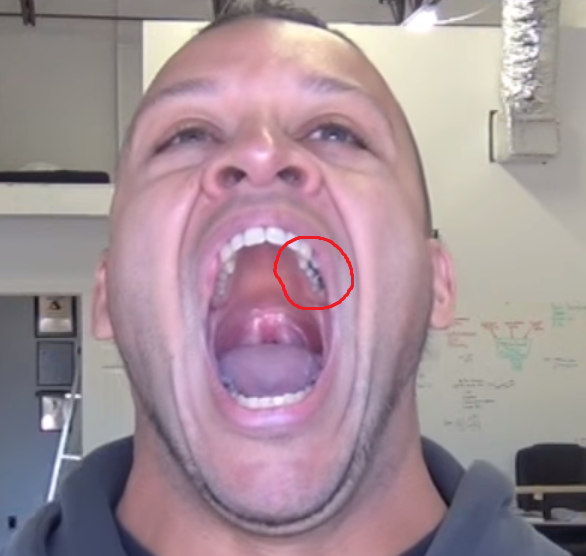 Joncoping said:
OP they say androgens can make your voice deeper. But is this actually true, I've yet to see anything conclusive, it's just theoretical. What is your opinion on this? Wouldn't mind a deeper voice
Click to expand...

Hard to say. Seems like it only happens at a certain age before they don't effect adult males anymore and only trannies seem to react to it at any age but only to a certain point.
Click to expand...

They can effect adult males but it seems to have a genetic factor same as hair loss etc. Compare bber craig titus 1996(youtube vids) voice to his voice in later years 2003 or so on youtube search craig titus melts down on judges after Kelly ryan placing. Id post links but I cnt dno if thts bcause new member or just not allowed to post em. Also as the neck gets thicker the voice usually gets deeper to a slight extent.
C

Very important thread. Why did this just slip away?
You must log in or register to reply here.
Top