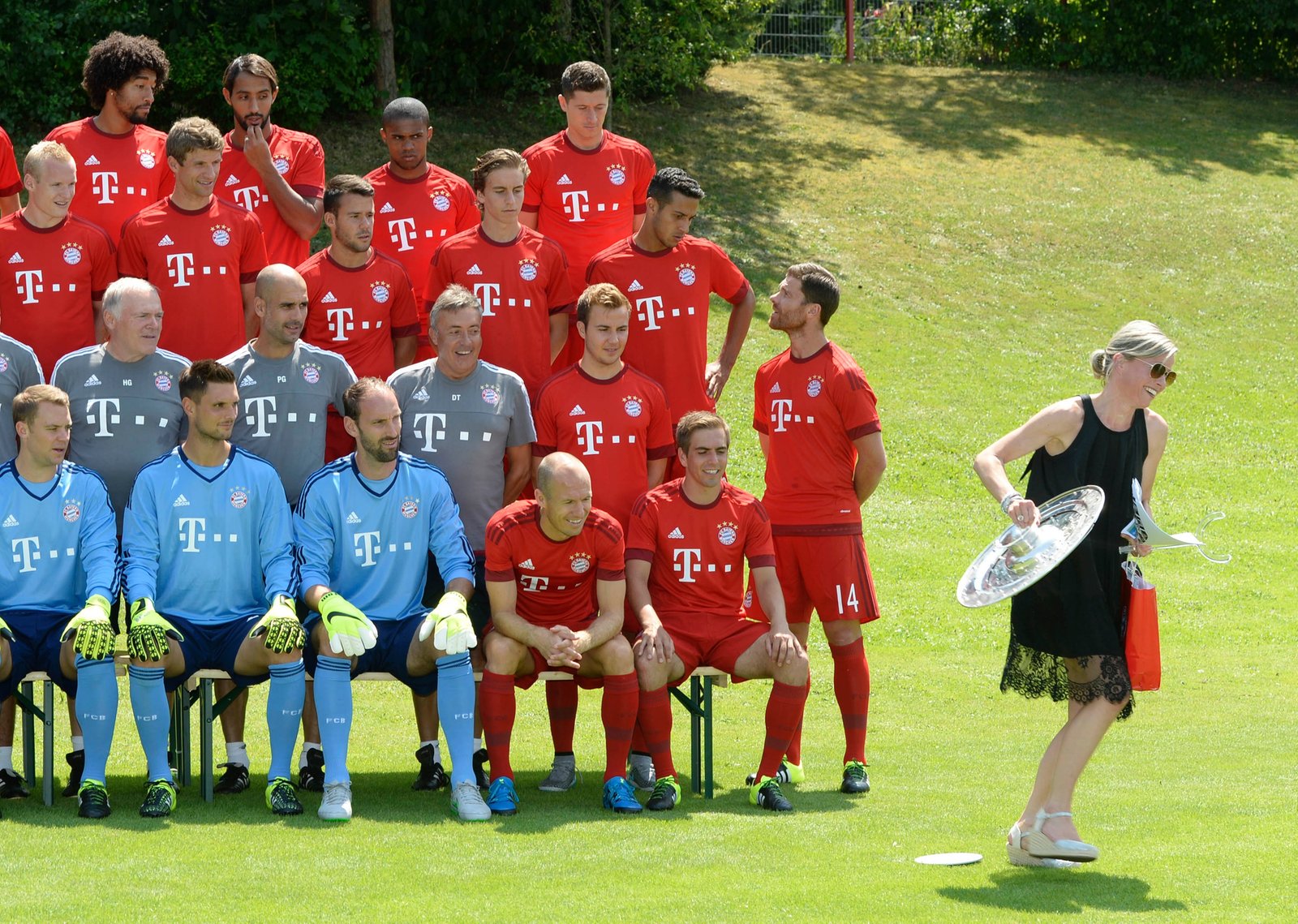 just FUCKING LOL@ "hitting the wall"  :lol: :lol: :lol:
every single one of those men is a multimillionair...and yet they would cut their own mother into pieces to have a shot with her...
they are lusting after her as if she would be a victoria secret model  :lol:
but she will reject all of them...they are not good looking enough for her...being a millionair is a basic requirement for her anyway...so she just can afford to wait until something better comes along and has fun with chads on tinder in the meanwhile...maybe someday christiano ronaldo comes to munich...then she might consider giving him a chance...but until then masculine male models off tinder are exactly what she needs right now

guess what? he is the only one that gets laid based on his looks alone...all the other guys are only getting laid with somewhat attractive women because they literally throw millions at them  :lol:
F

Old hags have realized the power of their vagina. Getting old no longer stops them from riding the carousel and wearing revealing shit they have no business at all wearing.

She dropped some shit on the ground you aspie bastard. That's what they're looking at.

Copenhagen said:
She dropped some shit on the ground you aspie bastard. That's what they're looking at.
Click to expand...

"yea let's musclemaxx, roidmaxx, jawmaxx, heightmaxx for some female love... one day we are going to surpass women value, uh uh uh what slayer am I"

Copenhagen said:
She dropped some shit on the ground you aspie bastard. That's what they're looking at.
Click to expand...

Fake news. They’re looking at something else

Memes aside, older women get a surprising amount of male attention.

she's hot as fuck, of course they will oogle her. keep crying idiot.

any straight female wants to fuck every chad they encounter


Medjool said:
Memes aside, older women get a surprising amount of male attention.
Click to expand...

I've always felt this to be true. It's just weird that it's often an unspoken dynamic in male/female relations.