The truth about the military (no disrespect)

People are under the impression that every one in the military is a bad ass, and are risking their lives for our country.

NOT the case. The majority are what you could call "civilians in uniform". Non combat, and non combat support personnel have jobs that civilians do, but they just have to meet a physical fitness requirement to do so. The military has its 9-5 desk workers, cooks, laundry doers, janitors, graphic designers, journalists, etc.

Obviously, those who are in combat roles (or combat support) and are deployed, are under very real threat. Deployed POGS do have a chance of being attacked, but it's not as likely.

The infantry, intel, and other combat and combat support roles are the backbone of the military, but the vast majority of servicemen are just like me and you. Except that they get a military paycheck and are in shape.

No disrespect. I have nothing but respect for those who serve in the military, and even more for combat/combat support personnel.

What would happen if the truth got out to the general public? That most are not even "soldiers".

Everyone seems to get praised as a "war hero". Would this stop?
S

If I lived in the us I'd surely enlist in the marines and kill as many shitskins as I can. Dead by 21 I don't give a fuck

yep the more DOM you look the lower the rank

ideal said:
yep the more DOM you look the lower the rank
Click to expand...

I was pretty sure it was the other way around. The more DOM you are, the higher the rank.
Click to expand... 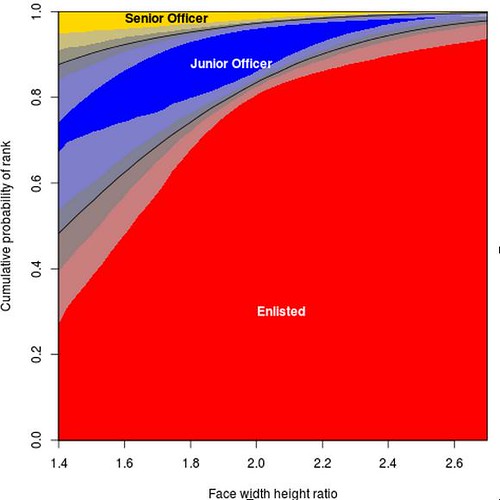 A lot of people bash the military.

It's just they go there for a few years.  Learn how to use a gun and undergo intense disciplinary training and come back with a few extra benefits like priority registration in college and 10% of deals.  It's not worth it tbh.

So our military is run by twinks?

I don't even know how legit that is tbh

Abstract
"Male facial width-to-height ratio appears to correlate with antisocial tendencies, such as aggression, exploitation, cheating, and deception. We present evidence that male facial width-to-height ratio is also associated with a stereotypically male prosocial tendency: to increase cooperation with other in-group members during intergroup competition. We found that men who had wider faces, compared with men who had narrower faces, showed more self-sacrificing cooperation to help their group members when there was competition with another group. We propose that this finding makes sense given the evolutionary functions of social helpfulness and aggression."

is this the chinese guy
You must log in or register to reply here.
Top