The Great Refugee Invasion Continues - Winter Does Not Stop Them


Even Winter Weather Does Not Stop Them​
More Boats Illegally Cross From Turkey To Greece​
Despite All the Promises Made by Turkey to the European Union​
People Smugglers Continue to Operate Openly From Turkey
​
The British media continues to present the asylum-seekers and refugees in sympathy inducing stories, sad reports of drowning families, struggling, freezing columns trudging across Europe in driving rain, and huddled, desperate people in the squalid squatter camps around the Channel Ports.
​
Meanwhile appeals to government by the road haulers organisations about unacceptable violent attacks on British HGV drivers by gangs of refugees around Calais and Dunkirk are played down.
​
Stories of riots by hundreds of refugees storming onto the ferries at Calais are quickly dropped from the news headlines. The violent murder of a refugee centre support worker in Sweden, stabbed to death by a 15 year old Afghan asylum-seeker was swiftly taken off BBC news bulletins.
​
Instead the media is going into over drive denouncing the Danish government for actually daring to pass new laws that will take valuables off refugees entering Denmark to help to pay for their welfare costs. The multi-culturalists in Britain's media are horrified that Denmark is actually trying to discourage refugees from entering Danish territory.​ 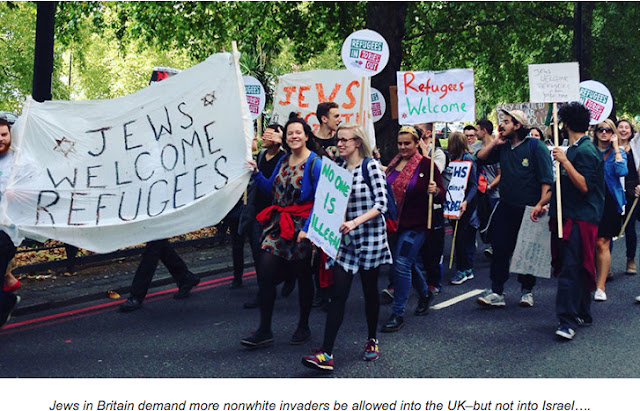