'Hobbits' were NOT deformed modern humans: Bone layers in 15,000-year-old skull has no similarities to our species 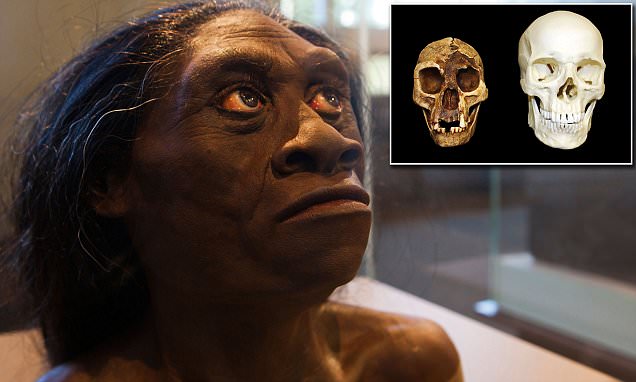 Fossils of Homo floresiensis - dubbed 'the hobbits' due to their tiny stature - were discovered on the island of Flores in 2003. Controversy has raged ever since as to whether they are an unknown branch of early humans or specimens of modern man deformed by disease. The new study, based on an analysis of the skull bones, shows once and for all that the pint-sized people (inset left) were not Homo sapiens (inset right), according to the French researchers.
Click to expand...

this means humans have existed less than 15,000 years, interesting

it's well-known that pre-humans existed

i like how the person who made the clay model decided to give him one stray strand of white hair.

Yes, white people come from ethniks.  We know all this by now.

me for example
K

ethnics evolved from these "humans"