Police are investigating reports that a 12-year-old girl fought off a man who grabbed her from behind while she was walking home from school.
The incident happened at the junction of Gleneagles Avenue and Kerrysdale Avenue, Rushey Mead, Leicester, as the girl was walking home from Soar Valley College.
The man, who pulled up onto the pavement in a white van, approached the girl from behind, putting both arms around her, before she managed to kick him and run away, according to her mum.
He is described as Asian, between 25 and 30 years old and around 6ft tall. He had a medium build with short, shaved hair in a side parting and was wearing a black hoodie.

Supreme Gentleman said:
I don't get it is he Asian or middle eastern lmao
Click to expand...

Ugh, for the millionth time, Pakis and Indians are called Asians in the UK. 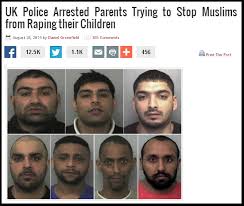 she should have obeyed and praised the ethnic phallus
S

What about middle easterners that are not Indian or paki
P

Supreme Gentleman said:
What about middle easterners that are not Indian or paki
Click to expand...

They're all the same: sandniggers, wogs, middle-easterners, animals.
S

Supreme Gentleman said:
What about middle easterners that are not Indian or paki
Click to expand...

They're all the same: sandniggers, wogs, middle-easterners, animals.
Click to expand...

PowerfulWonderChampion said:
They're all the same: sandniggers, wogs, middle-easterners, animals.
Click to expand...

Not really... just as Chinese or perhaps Asian Chinese. Or if you know their country of origin, as that. Fucking gooks :lol:
T