I think its fair to say that Normie western morality places Rape/Sexual Assault right in badness. Especially if you look at sentences for convicted criminals.

I can think of quite a few things I'd put between being murdered and being raped:

-Getting beaten within an inch of life. Especially if it results in severe IQ/Ntness reduction.
-Being mutilated.
-Being publicly shamed and humiliated. I.e. nuclear level bullying (E.g. if I was a celebrity and wrongly accused of touching kids, or if I had to live as Jonah Hill).

Like obviously most rape comes as a package with that stuff but still.
E

to women there aren't many things worse than fucking a subhuman

Fatasses All Around Me

Legitimate rape (not this metoo shit) seems pretty horrible irrespective of how it was once viewed or is viewed by different cultures.

I have zero issue with executing legitimate violent rapists.

yes, it is fucking bad

all rapists should castrated tbh

Fatasses All Around Me said:
Legitimate rape (not this metoo shit) seems pretty horrible irrespective of how it was once viewed or is viewed by different cultures.

I have zero issue with executing legitimate violent rapists.
Click to expand...

I think being raped is the same as being mutilated and should be punished as such.

But the definition of rape is what matters the most. For example I do not believe a husband can rape a wife or vice versa.

Fatasses All Around Me said:
Legitimate rape (not this metoo shit) seems pretty horrible irrespective of how it was once viewed or is viewed by different cultures.

I have zero issue with executing legitimate violent rapists.
Click to expand...

being raped after you consent while drunk wouldn't be fun.

But its a completely different crime to a homeless dude bending some jogger over in a park.

everyone here would rape a prime jb if they could get away with it.

nah man, i really wouldn't. ethic is more important for me in the life than anything else.

also there isn't any pleasure in this, you must get the validation from the girl while you are fucking her. not scared screams or disgust.

also there isn't any pleasure in this, you must get the validation from the girl while you are fucking her. not scared screams or disgust.
Click to expand...

This tbh,im to Narcissistic to rape someone.

OP has clearly never been raped by Chad

I'd put it like this, even if an actual sex crime happened and it's not just a lie perpetrated by sex cultists that are acting on primitive disgust reaction, pretending a minor was raped although that wasn't the case, simply because they don't like to admit their child is a sexual being that voluntarily engaged in sexual behavior, there is still an obviously strong tendency to judge without detail and nuance in the case of sexual, rather than any other crime.

So let's say someone steals five dollars, we can admit that that is bad, but no one would treat this person as the same as a bank robber taking hostages and killing people in the process of trying to attain five million dollars in the end, obviously the latter case is a much more grave violation and society would likely take that into account.

Now let's say someone jizzes on an infant and the infant is made to feel slightly uncomfortable, in this case on the other hand, a large majority would have absolutely no qualms about putting this person into the exact same category as someone who commits a much more grave violation by brutally raping an infant in the ass, they lose any ability to think rationally when it comes to sex, they would burn this guy publically if they weren't restrained.

They just lump everything that has sex on it into one category, that's why there are sex offender, but no other offender registries in the modern world, they have an urge to know if you even committed the slightest offense once, so that they can pretend you're worse than the worst Hitler in history, they don't have that urge when it comes to anything else, only something with sex on it completely impedes their capacity for critical thought like that.

They wouldn't be as troubled living next to a person that stole five dollars once, fearing they will be violently robbed, but they would be troubled living next to a person that jizzed on the infant once, fearing someone will get violently raped, although it is ultimately just as irrational to think someone will commit a grave violation just because they committed a minor violation once in both cases.


boojies said:
Yeah, rape clearly has a thousand different shades to it. It shouldn't be a crime people are executed for though.
Click to expand...

I think it's pretty hard to argue for capital punishment, or any kind of punishment, as in, an act of violence committed against the individual after they were already detained in general. Violence causes pain and suffering, so if it's unnecessary to use it to defend yourself or someone else against someone, it is bad to use it.

When you think about it, what made what the rapist did bad to begin with is that he committed a completely unnecessary act of violence, he didn't rape in defense, if we execute him, we're committing violence under the exact same condition where it is bad to commit it, under the condition of unnecessity just for emotional satisfaction, just like he instead raped someone for his emotional satisfaction, which we then grant him to justify his deeds based on.

Detainment is certainly necessary, if it's seen as punishment, then so be it, but I see little to no value in committing violence against someone who is already sitting in a cell all day, even if this guy raped a thousand infants until dead.
B

I think people hate rapists because they're jealous at their low inhibitions and ability to cheat their genetics tbh.

Even cases like this one make people rage:
https://www.dailymail.co.uk/news/article-3719929/Inside-home-India-Chipchase-s-obsessive-killer.html 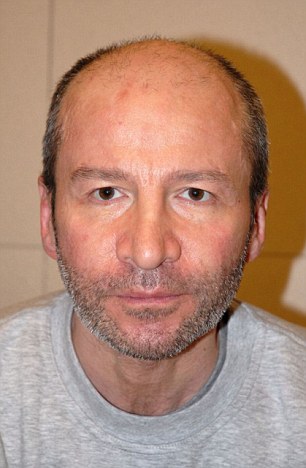 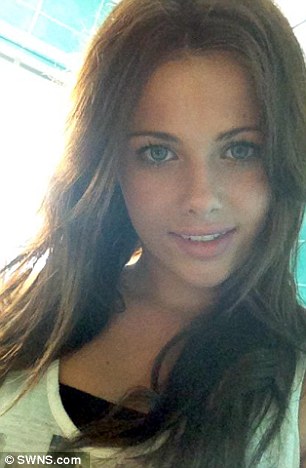 try it out OP and report back