France is the GOAT European Country

from an economical standpoint they are equal if not better than Germany,without the heavy work hours and depressing  live to work mentality.

they produce alot of scientific research and innovation


the are the most High Tech Euro nation

They have the strongest military


They have the cutest women,wether its Blondes you like their blondes are Subnordids wich means depigmented alpinids.

their Med subtypes have cute small infantile features too....they basically beat other euros at their own racialism lmao


they do everything better

They have the best sounding language in europe ,only Czech comes close.

unlike Germany  wich may be a econmic powerhouse alone with quality in terms of service and products,French have all that plus actual Culture,good food,and basically feeling like you're in a fairytale land.


France has Ethnics but wich european country doesnt?Ethnic Arabs are limited to banlieus in a few major cities and thats it,you wont find them anywhere else.


French have a superior culture,even the ethnics from their colonies try to desperately francify themselves

britain otoh has got the worst niggers....they got the worst of everybody....shit culture...outside upperclass circles the people are basically subhuman.....beautiful landscape but so does the Gauls down south so no real competition  .


French women are sexually open but also classy and feminine comapred to germanic and british slags  .


French men are real  players and have charisma  .Germanic men are sissy cucks who  are afraid to talk to womn without being drunk  like a old alcoholic cat lady  .  no swaggah  .no style in anything they do.
did you see the dutch video uploaded yesterday?thats the typical dutch guy in looks,behaviour,mannerisms etc just a  boring dry wall  .

LOL this has got to be a joke.

Post a group of French high school girls that comes even CLOSE to the ones that I've posted in Canada.

France is full of fucking ugly ethnics like you.

Alpinids are the main racial type in france all around followed by atlantids so Yes the women are better than manfaced anglo canadian women.  Quebec and Cajun women are goat in the americas though.


find me a anglo woman that looks like  Charlotte Le Bon..oh you cant..even your beauties look trashy


alpinid masterrace for the win.
T

also france is broke as fuck...their economy is not much better than that of spain or greece.
the rest is legit tho...french know how to enjoy life and not workcel for a slavewage and get cucked by their wives

Pot meet Kettle...Turks rule germany lmao  Difference is France doesnt accept bullshit form their minorities if they do they get  Reckt look at algeria :lol:

France took over Germany once too under the republic and ww1  so  who cares?nations get conquered all the time.Germany lost half its land to poland and france still.you guys are the cucks of europe.

also france is broke as fuck...their economy is not much better than that of spain or greece.
the rest is legit tho...french know how to enjoy life and not workcel for a slavewage and get cucked by their wives
Click to expand...

Muslims are such a fucking plague bringing their retarded praying in the streets shit to Europe. Do they not realize how fucking stupid they look kissing the ground like a bunch of brain dead monkeys? Would love to run up and kick one of them in the ass.

Bunch of low-class primitive scum following their dumb sand religion. Would legit kill them all with the press of a button if I could.

Millions of young Frauleins got raped by the Red Army.

I wonder what percentage of Germany's population have Russian blood.

Pot meet Kettle...Turks rule germany lmao  Difference is France doesnt accept bullshit form their minorities if they do they get  Reckt look at algeria :lol:

France took over Germany once too under the republic and ww1  so  who cares?nations get conquered all the time.Germany lost half its land to poland and france still.you guys are the cucks of europe.
Click to expand...

how is this relevant?
have you ever been to france or germany?
germany has many turks...but france is a whole new level.
they have so much more ethnics than germany its not even comparable. white french are literally the minority in french cities.
just LOL@ praising france in 2015 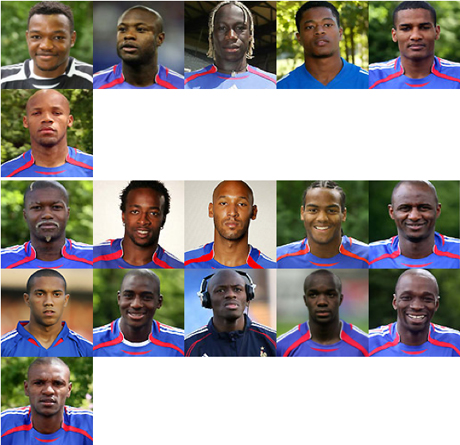 lol the germanophobia is through roof again. but then again i remember that op is just another autistic nigger who lives on welfare spending his time by posting ridiculous pseudoscientific stuff about "races" which is even ignored on this place.

daily reminder: everything mixed with a nigger = nigger
N

France is full of faggots and niggers,2 groups of people society would be better off without
S

I don't agree with France being the best but one of the best for sure. The French get a bad rep in the west because the Anglosphere has the most influence on world media and information from these countries tend to be anglocentric and very biased. Britain and France were historical rivals, and this bias point of view still exist in British colonies. There's a lot of Germanic fetishism in this country alone. Praises for Germany (despite losing WW2) and bashing the French for surrendering despite the fact that France as a military power trumps Germany x10 over historically and steamrolled through it under Napoleon (though Italian). They conquered the Brits too and perfected their language. Old English sounded like some serious germanic shit.

All that said Germany is still better than Britain, atleast Germans actually contribute atleast Germans actually make good products the British don't do shit now but produce insanely liberal multiculti propaganda from the BBC. Everyone else exports quality shit be it luxury cars, clothes, wines, software everyone but Britain. Is anything even made by the British these days? seems like all cars are either German, Italian or Japanese......clothes Italian, American and French.......wines and food brands Italian and French.....musical instruments again Italian, American or French. What do Brits even do? seriously.

How often have you been to france?
From what I saw and read here, french men are ugly and beta, the women are bbc and arabs lovers and feminism is huge. France is a shithole.
I