1.opress ethnics,make them poor,bribe their governments,unfair resource grabbing thru mining rights and other shit(most ethnic countries would be as rich as qatar if it werent for corruption or in the case of former colonial africa,bribes,threats,taxes ,huge loans at gunpoint  ,un''aid''wich destroys agriculture  economics so the people literally beome dependant on white  food to eat wich isnt free but repaid in having to take ''loans''its basically a huge cuck game)etc etc

4.the white princess comes to save the freakin day,and she usually looks like this 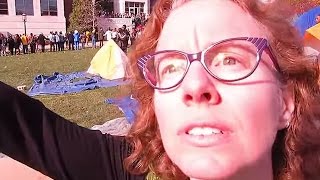 instead of fighting against whites,ethniks tone down their fight to appease the so called middle caucasians,and whites on ''their side''...wouldnt wanna alienate them or make em hate us!


millions of ugly,obese white bitches can get men now because of this  entire construct.afraid of white judgement.seeking white approval.believing your own inferiority etc

its a con game.

most active liberal women who champion  black or asian causes in my observation are   ugly or have self-esteem issues.  also the ones  that  become  muslims .
C

This will be the result: http://lookism.net/Thread-Whites-will-keep-ascending-and-wont-have-any-competition

I want to become a resident of. Venezuela

i dont care who has america you brownskinned dicklet midget

Elaborate on why you think so