Do you get those moments where anger turns to depression?

My dad sounded like he was having another rant on the phone with someone again upstairs. I couldn't tell what he was saying. But I was assuming that he was talking about me. I imagined him saying that I'm a lazy good for nothing son. A loser. I'm imagining him saying these things in his native language in his harsh ranting tone of voice. And I felt uneasiness. I couldn't concentrate on reading my Warren Mosler eBook because of how loud he is upstairs on the phone. And I just started crying. My dad, sister and brother have always been critical of me. They have always said things that have put me down. Even when I obeyed my family's wishes. It was never good enough for my family except for my mom. My mom was the only one in my family who loved me. And she's dead.

And then I had thoughts of wanting to step in front of a semi-truck or do something that has a guaranteed chance of death pretty much. Because I want to inflict pain on my father and my siblings. I want them to realize that they fucked up in raising me. I want them to realize that I'm fucked up mentally because of them. My dad not only gave me these cursed autistic genes. But he killed my self-esteem. He once told me as a child that he wishes I was never born in a drunken rant when I was 2 years old. He never praised me whenever I accomplished anything. But he made sure to criticize me when I'd screw up. I wish I could go ER on my family. But then I'll just be remembered as a "monster". No one would be sympathetic towards me if I killed my family even though they fostered negative self-esteem in me. And there's no way I could change the world by going ER on humanity. So if I want to leave the world, I might as well suicide.

I need to motivate myself to finish my book before I do so one day though. I feel that there is an importance in documenting the autist and NEET experiences in the west. Elliot Rodger documented it in his own way. But everyone just labels him a "monster" because he killed those people. Dehumanizing him in the process and completely discounting the contributing factors (ie. his family, a materialistic, shallow culture, social pressure put on men to get laid, social shaming of men who don't get laid, a bankrupt mental health system support in America, etc) that led to his downfall.

Yogapants wants you, I can tell. Give it another shot.

I usually start crying when mad and cannot do anything

I'm not fucking with you franco, don't miss your opportunity you dolt. 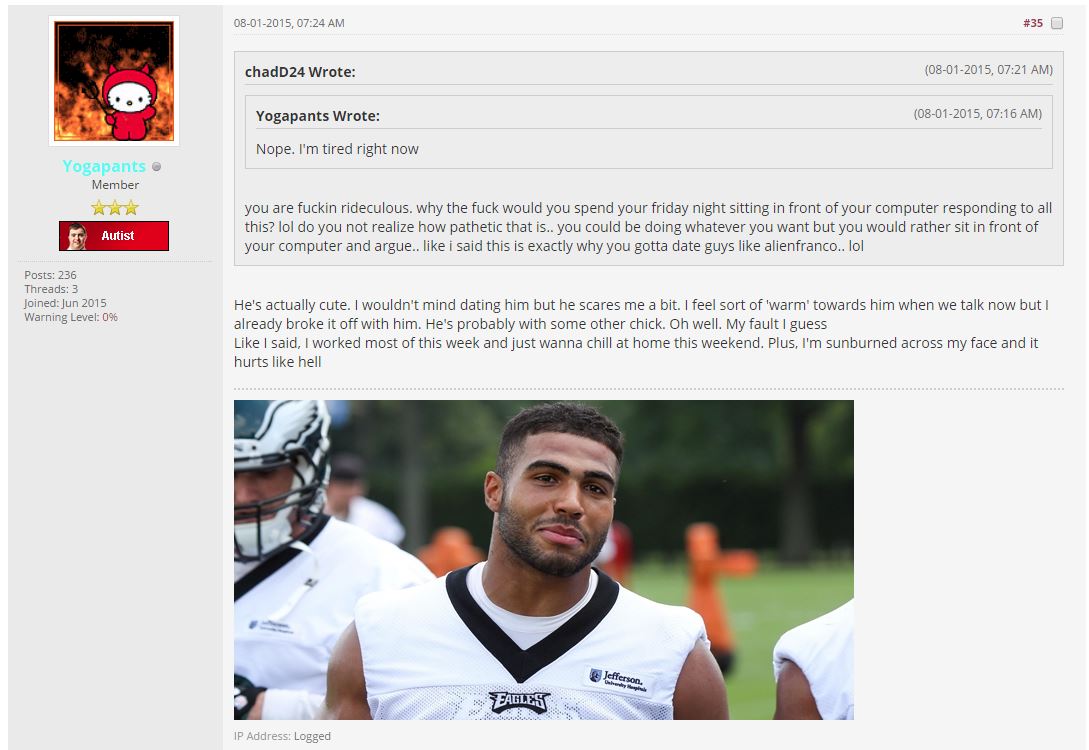 FuckThis said:
I usually start crying when mad and cannot do anything
Click to expand...

That's basically what this is. If I were to express my anger, I'm a "monster". I'm a "demon". I'm an "other". Just something that the normals can dehumanize even further.

"But it's ok to eat fish.
'Cause they don't have any feelings" - Kurt Cobain (Nirvana)
I