Did The German Dream Kill Himself?

He was legit the best poster on PSL

Sad he left or went to Gandy

Slaying 8/10 girls on the Reeperbahn in Hamburg as we speak. Incelfraud. 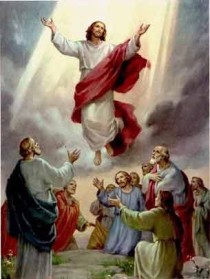 The German Dream said:
the guy is simply beyond any hope. i really think hes either mentally ill or just spends 80% of his free time to troll and annoy people online. constantly spouting his shit about "muh NT" when in fact his sub human facial aestheticsare the reason he is incel. we've had plenty of MM tinder experiments showing that you can say the most autistic and beta shit and sluts will still beg you to fuck them in the ass.
but honestly, he probably knows his face is holding him back, because this guy has 7k posts and this fucking site here. nobody who wouldnt agree with the general sentiment here would last that long as active poster. this faggot is just a big fucking troll who gets off annoying other people.

anyway, i agree with the rest you said too. ive been one of the most active users according by net online presence on slut-hate and early lookism. now i come here maybe once every 3 days for a few minutes. trolls, slayers, miscers, retards have ruined the fun for me. most good posters have already left anyway. so i am too slowly fading this out. ive never been one of those "my life will turn around by 180° once i leave this site" kind of copecels, but the way it is now, the site is giving me nothing except killing my mood. so im actually thankful for all the idiots here, because its giving me an easy way out.
Click to expand...

According to my opinion, he works on how to figure out the "granny issue". He may have already slayed some cool grandmas since his last visit, so we should wish him only the best.

he was one of the best posters. Top 5 for sure IMO
P

The German Dream said:
HOLY SHIT at that perfect craniofacially developed skull. i would be beaten to death by society if i ever came closer than 300 meters to her...
my whole existance is worth less than one morning shit from this girl...
Click to expand...

The German Dream said:
penis size is insanely important in 2015, and its only going to get more important every day due to wide spread of female sex toys. every woman has huge gummy dicks at her disposal 24/7...she is used to have a huge dick fill her up to the max...average dicks dont do anything to her anymore...average sized dicks are no different than microdicks to women.
that why you need to gain atleast 7x6" NBPEL or you are not even considered a man.

has anyone experience with penis pumps and can tell if they are legit? if yes, which model? preferably non-water based pumps...cant be arsed to take a bath every day
Click to expand...

The German Dream said:
legit. have been wearing grey all my life. its the only which doesnt scream "LOOK AT ME WITH DISGUST BECAUSE IM A SUBHUMAN"
Click to expand...

The German Dream said:
a subhuman belongs in a basement. it shouldnt be going outside AT ALL COST especially in bright daylight or weekend. only if its absolutely neccessary should a subhuman step in the real world where attractive people meet up and enjoy life.
i think getting a new fin subscription is worth this torture and humiliation tho
Click to expand...

The German Dream said:
turn around, go back into the basement, take a rope, put it around my neck, put it around the ventilator, take a chair, step on it, jump down, visit gandy heaven, be at peace
Click to expand...

The German Dream said:
suicide will be the best decision in the life of every sub7 man...its also the toughest...but no good things in life come without struggle...and suicide is the ultimate struggle...but its worth it in the end for every sub7
Click to expand...

The German Dream said:
big dick is most important. if you cant POUND her with the energy of a small train she will NEVER respect you. respect can only be established when you dominate her with your big dick in very rough sex.

but if you have a sub8x6" dick you can NEVER dominate her because she doesnt even feel you tiny wiener
Click to expand...

gandytime said:
Slaying 8/10 girls on the Reeperbahn in Hamburg as we speak. Incelfraud.
Click to expand...

Is he from Hamburg ? LOL.
P

he was legit but repetitive as fuck.

he wasn't legit. all his posts were exaggerating looks theory and now my guess is that he was legit believing what he wrote, especially after reading some of his quotes above which makes me think if he actually is any kind of mentally normal.
P

vanillestorms said:
he wasn't legit. all his posts were exaggerating looks theory and now my guess is that he was legit believing what he wrote, especially after reading some of his quotes above which makes me think if he actually is any kind of mentally normal.
Click to expand...

gandytime said:
Slaying 8/10 girls on the Reeperbahn in Hamburg as we speak. Incelfraud.
Click to expand...

I liked him, great poster.

Variable said:
He was legit one of the most unrelentingly redpilled posters here and earned his Legend status, although I fear for his mental sanity, we all need a little cope.

One my favourite posts of his, really stuck in my mind this one.


The German Dream said:
just LOL@ thinking about beta-providing some cutie later on. forget it boyos.

beta-providing is a pipedream.
only sub4 women want to get beta-provided for by a sub-masculine male model.

in 2015 women do EVERYTHING in their power to NOT be associated with sub8 men in any way, shape or form
Click to expand...