Describe what you see when you look in the mirror

I am an abomination beyond subhuman, I haven't seen my reflection in the mirror in a while. This is what I saw 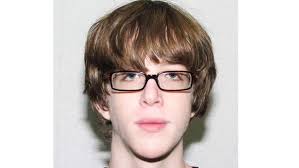 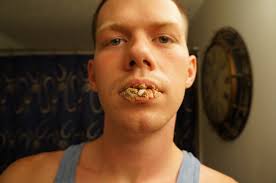 mrz said:
I'm pretty happy with how I look really, I think I was strong 7 when I was younger, like looking at pictures of myself when I was a JB or even early teens up to ~19 I would rate myself back then as a 7, though at my peak I was like slim/fit + dark tanned + had nw0, only significant flaw I had was my skin was pretty bleh in quantity of acne though not really severity. I don't really think I'm more than -2 since then, biggest issue is shit tier hair genetics kicked in, but my shit tier skin genetics calmed down at least. I also filled out a lot but I'm not really fat or anything just don't have the same naturally slender and fit despite not doing shit thing going for me, and though I still get tan I'm not as tan as I was then still. I wish I had more confidence when I was younger in retrospect cuz I always felt like I looked like shit, but really looking at old pictures of myself when I was young I don't see my young self as looking like shit now.
Click to expand...

Time to book that eye surgery

I see the God himself
R

fuckgoebbelz said:
Having superior confidence would have undoubtedly been beneficial to me and would have resulted in me having sex at least three different times with essential certainty.

For example when I was 15 and suggested a girl sucked my cock and she responded by suggesting that I fucked her instead.

Or when I was 19 and a girl said she would let me fuck her.

Or when I was 22 and a girl came and laid down next to me at a festival after strongly indicating she wanted me to fuck her.

everyone feels like that about their past, its called rosy retrospection and/or doesnt really count

When I look with my shirt off: A Slightly above average normie with potential and a huge body halo

I think to myself I’ll ascend to high end Chad with 3 surgeries (which includes LL) but I’m held back in attractiveness due to manlet (I’m a weak 5’8” ) and held back due to higher BF when I bulk, but when I cut mog 100% of most gyms.

But I have slight norwooding. If I get my surgeries and I Norwood further it will jeopardize everything.
M

I can think of much more, but this is what's at the top of my mind rn
You must log in or register to reply here.
Share:
WhatsApp Share Link
Top