The vast majority of 'depressed' women just mine their emotions so that they can extract self-pity to fuel their self-indulgent personalities.  They can never know the pain of real depression, it's all just a cry for attention for them.

Real depression is a crushing void that weighs down on your body, not a melodramatic influx of random sadness.  The fact that most women describe their 'depression' as the latter shows that they don't know what the fuck they're actually feeling.

[video=youtube]
The worst part is that she has other videos that show her with her boyfriend.  Seriously a terrible excuse for a human being.
R

If you're genuinely asking how she is, she's fine.

If you're trying to point out any potential irony in my post, you should just stop.  I never said I was depressed currently, but I went through about a ~year period where it was pretty bad, so I have some experience.

My depression went down significantly when I got a gf, unsurprisingly.  Everyone knows that being in a relationship alleviates depression...the fact that this girl (and most 'depressed' women) regularly are in relationships proves that they're just bullshitting.

Also lmao @ just becasue you have a bf/gf you shouldn't be depressed you permacel no life faggots are pathetic :lol:

lanklet said:
[quote pid='36998' dateline='1437525713']
the fact that this girl (and most 'depressed' women) regularly are in relationships proves that they're just bullshitting.
Click to expand...

Not really because woman have never experienced the pain of inceldom.  It is kind of like a lot of posters here are depressed, but some kid living in the jungles of Africa could never understand how someone with food, internet and a roof over their head be depressed. 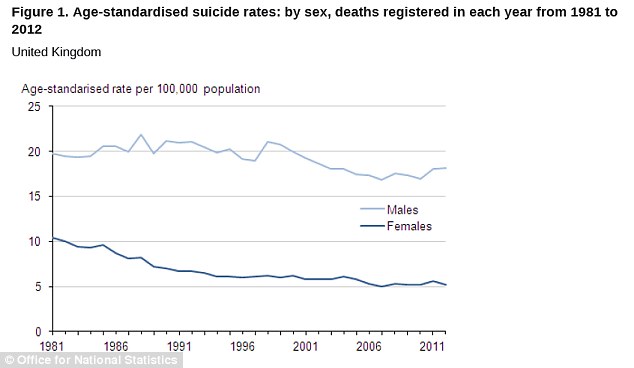 Also lmao @ just becasue you have a bf/gf you shouldn't be depressed you permacel no life faggots are pathetic :lol:
Click to expand...

When you consider that most men are in the 80% that women don't find attractive (and the fact that most men aren't blessed with high T), it's more reasonable for them to be depressed.  You're just buying into the whole 'man up' nonsense.
You must log in or register to reply here.
Share:
WhatsApp Share Link
Top